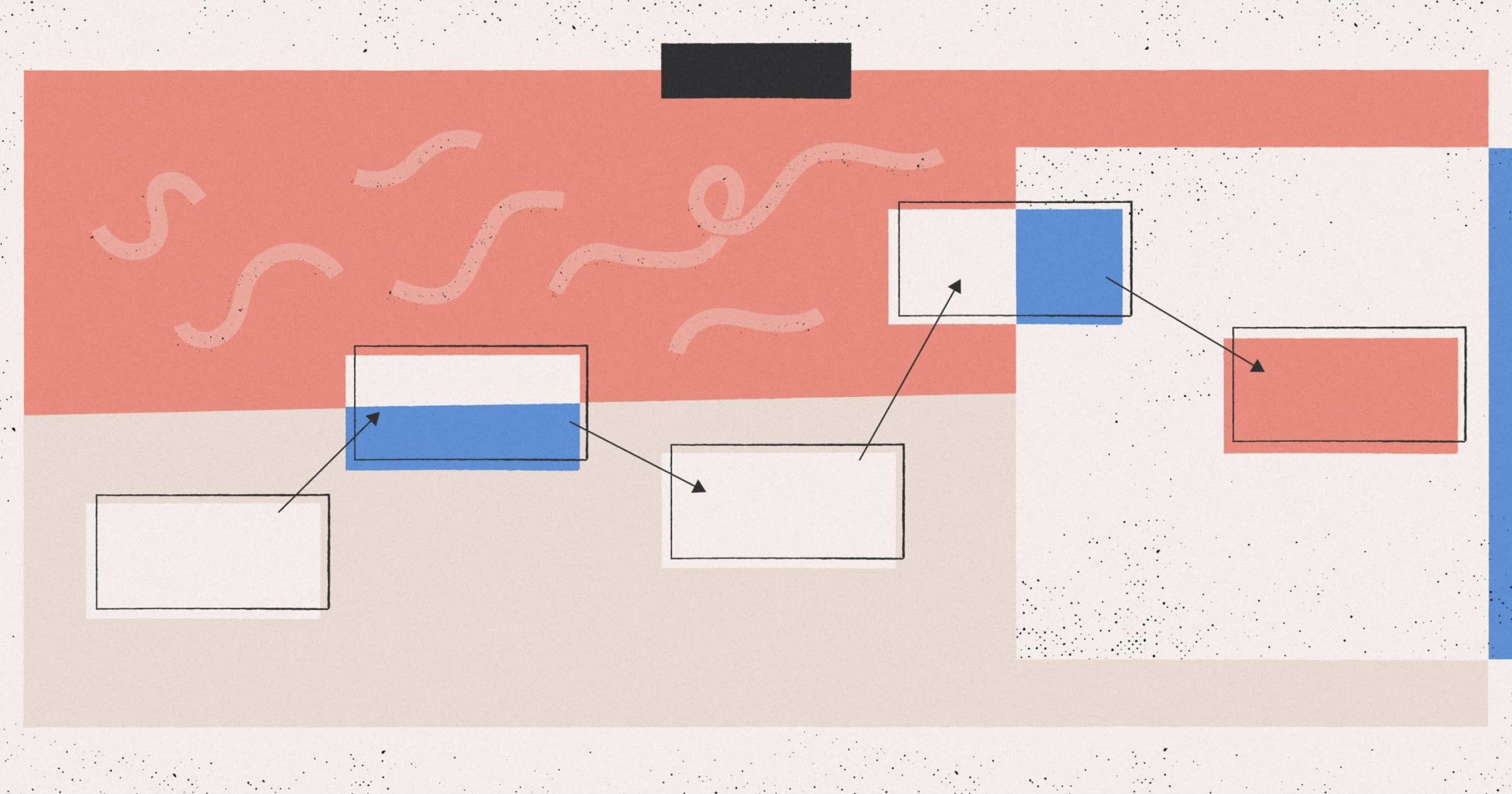 Since we’re shrinking the timeframe of the design sprint without omitting any of the original process, time is tight. To give ourselves breathing room, we run a lot of the research before the sprint itself. Product & design independently research the problem, interview customers about their challenges, and prepare detailed notes of their findings. As IDEO’s design strategy lead, Jason Fund, once said: “The hardest week of a remote sprint is the week before.”

IDEO is running 2-day design sprints, using the first to map and sketch to create a bunch of solutions to our problem. Day two is used to analyze every solution before ultimately picking one to move forward with.

Despite the short sprint, notice that as it has always been with every well run sprint, there is never an answer or solution dictated before the sprint begins. Research aside, which can happen outside of the print and is meant to help frame your problem, the sprint is where you come up with solutions for the problems that your research uncovered. 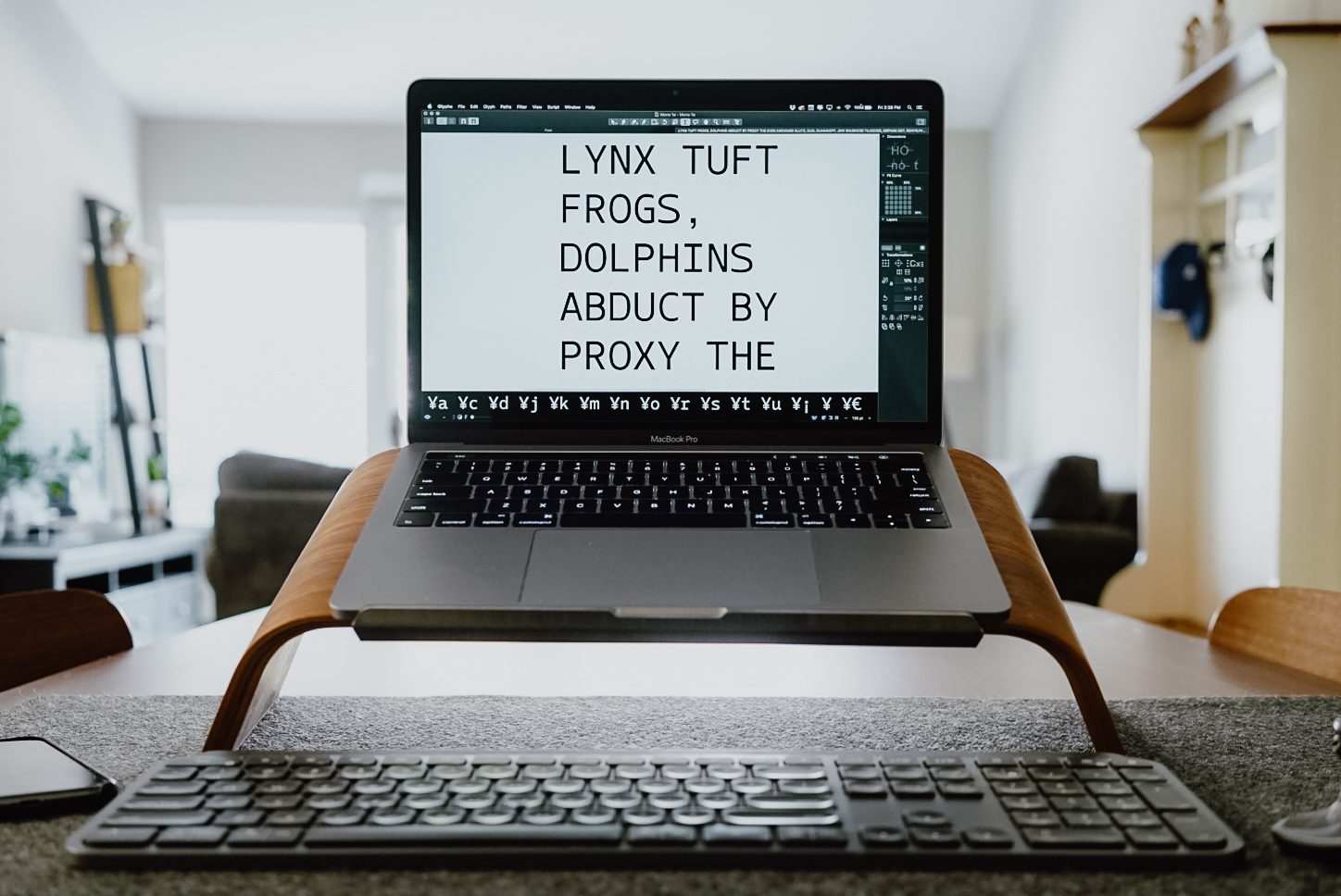 As I look around at other creatives I admire, I see many of them scaling design studios, retail shops, and creating digital goods. Know what they have in common? They are heads down working on real businesses. You can worry and boasting about your follower count, or you can focus on creating products that people want to buy.

It was 2017, and I found myself between clients. I billed one client and knew that I was going to have two weeks before starting the next scheduled project. It was the moment that triggered the endless research on passive income for the last time.

We all have all been down that path at some point in our freelance career. For me, the idea of diversifying my income streams is what made it so appealing. I have been in situations where a manager holds back raise to dangle a carrot in front of me. I have also been in miserable work environments, thanks to the founder's arrogance. In either case, I always swore it would be the last time I would allow someone to have a say in my future.

I've been very uneasy talking about passive income or content creation. Mostly because of all the BS out there. I won't hold back any punches, but there's enough of it within the design industry. Spend any amount of time on Dribbble, and you'll find cool designs that don't work. Twitter has plenty of snarky design tweets. And Instagram has many insta-famous designers giving poor advice. To say that I have struggled with this myself is an understatement. Many of these people are incredible if you get to know them, though.

As I look around at other creatives I admire, I see many of them scaling design studios, retail shops, and creating digital goods. Know what they have in common? They are heads down working on real businesses. Not on providing value by regurgitating something they heard a famous entrepreneur say. You can worry and boasting about your follower count, or you can focus on creating products that people want to buy.

I knew there was a way to diversify my income, strengthen my financial independence, and stay true to who I am.

Enter Sunday Type Co. — a desire to diversify, combined with a passion for type, is what ultimately gave birth to this type foundry.

Aside from experimenting with vlogs and podcasts, which have helped in allowing me to help clients understand their marketing, type design is the one thing that has made the most sense for me.

Type has been at the center of every stage in my creative path.

It was through type that I learned to draw while making graffiti sketches in my notebooks in grade school.

Responsive web would have been challenging if it wasn't for type, since I didn't have the experience to design much else.

Then, type was the first thing I mastered when made a move to product design.

Until then, other experiments like vlogging and podcasting had been a hobby. But this was different — it was the last time I was going to research passive income and was finally going to build something of my own. It was also the first time I focused on the type itself by learning type design.

It took two years from that point to complete my first typeface, but I finally did it. The launch of the font and new type foundry gave my studio a whole new mission, and me a second full-time job.

I plan to share more about the progression of Sunday Type Co. in the coming weeks and regular monthly income reports. Hopefully, not too embarrassing when most months continue to be $0, but that will change if it's going to grow into an actual business. 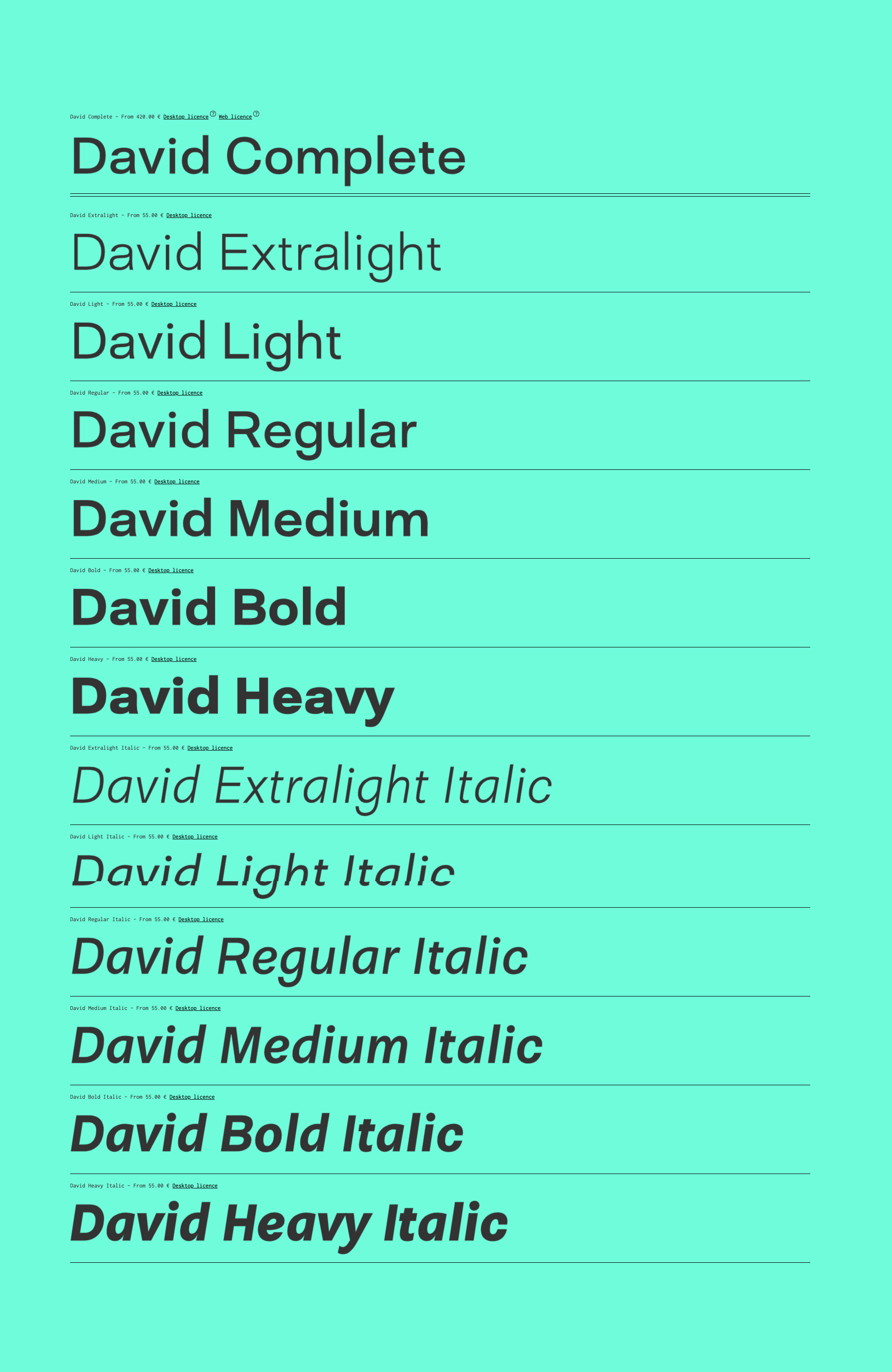 There's not much to say here other than you nailed the name. Couldn't think of a better name for such a handsome font.

David by A is for Apple

A similar search for #DonaldTrump on the platform, however, provided a totally different experience. Besides showing 7 million posts tagged with the president’s name, Instagram did not present any related hashtags that would have pushed users toward different content or promoted alternative viewpoints.

At first glance, I would have assumed that a persons own preferences and habits would be what's swaying the results one way or another. We are working within an algorithm that's trying to predict what you're most likely to consume, after all.

The difference between these two results, which an Instagram spokesperson told BuzzFeed News was a “bug,” prevented hashtags including #Trump and #MAGA from being associated with potentially negative content. Meanwhile, Instagram hashtags associated with the Democratic presidential candidate — #JoeBiden and #Biden, for example — were presented alongside content that included overtly pro-Trump content and attacks on the former vice president.

As the article points out, how well is Facebook prepared to handle the next US presidential election? If we have learned anything in 2020 (or history for that matter) is that we can each be better at listening and understanding opposing viewpoints. 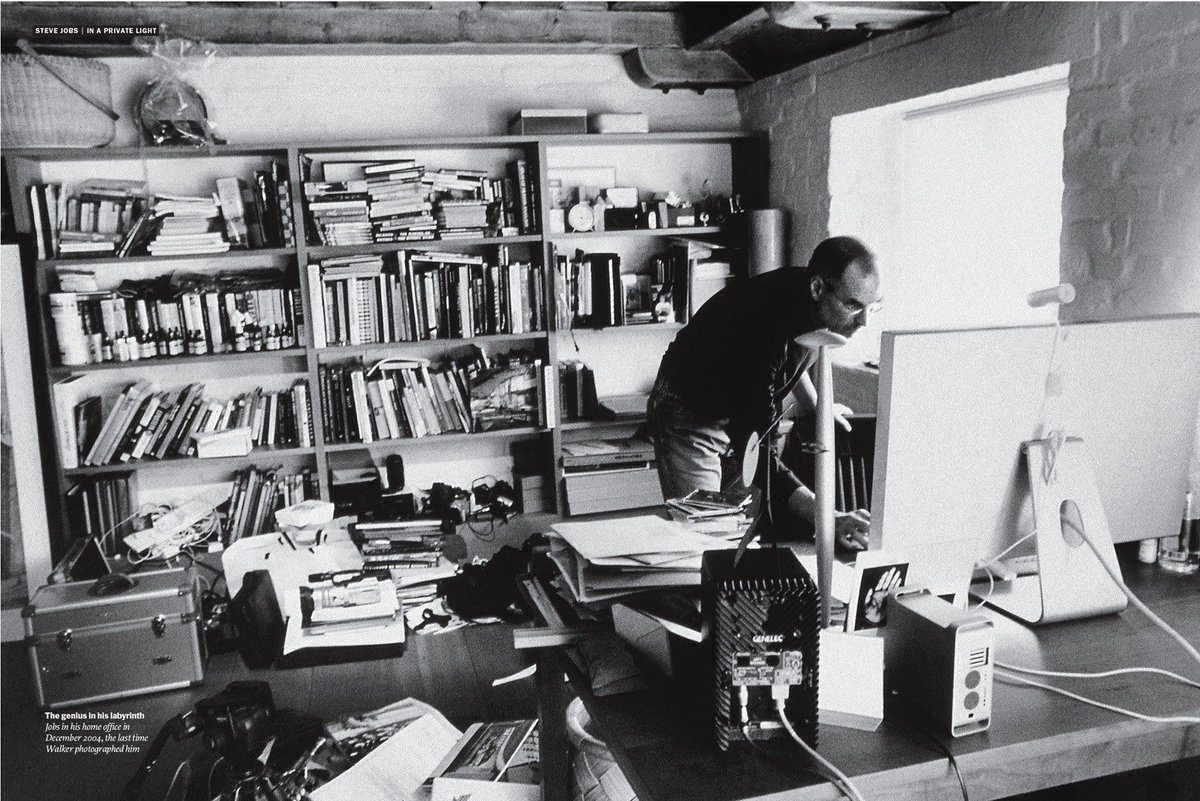 A collection of images curated by Drew Coffman, of artists at work. It's messy, functional, and real.

Here are a few of my favorites, and you can see the rest here. 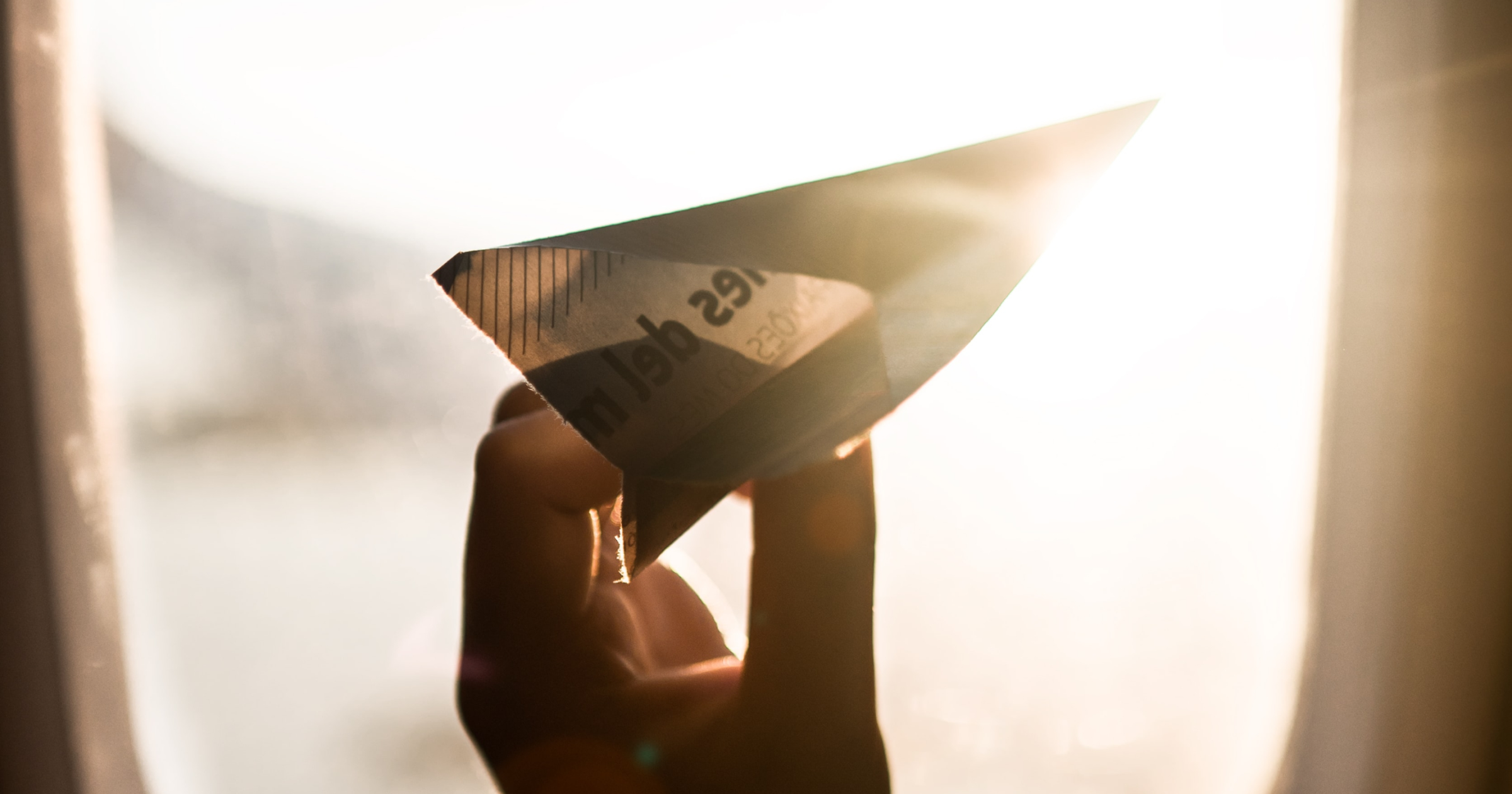